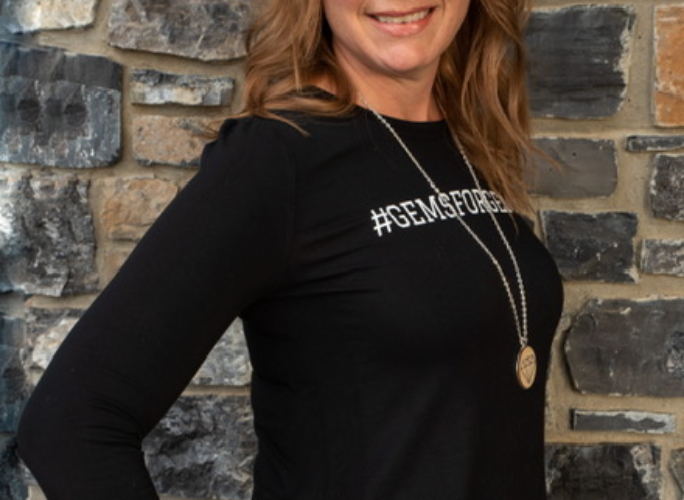 Charla Gosselin met Jordan Guildford randomly at a networking event; coincidentally the first of its kind either woman had attended! After speaking to Jordan and learning about Gems for Gems, Charla immediately knew Gems was something she wanted to be a part of! The Gems for Gems mission and vision spoke to Charla’s heart instantly. Gems’ unique, positive and forward-focused approach is more then a band-aid, it is a proactive solution to ending the cycle of domestic abuse.

If you have the privilege of meeting Charla at a Gems event you will surely notice that she herself radiates the warmth and positivity of Gems for Gems and that is what our Ambassador Program is all about- being the presence of Gems for Gems in our communities! Since meeting Jordan last year, Charla has made an impact on the Gems for Gems charity event scene!

Most notably Charla attended the TIFF gifting suite with Jordan, Michelle Edge (Chair of the Gems for Gems Board) and Alicia Dobranowski (Head of the East Coast Ambassador Team) in Toronto last fall! Together they educated and shared the Gems for Gems mission with all the celebrities in attendance! This incredible woman also secured a sponsorship from Norwex for $4000 in support of the Gems for Gems Scholarship Program!

In her personal life Charla is a busy “hockey mom” of two growing boys. It is clear in leading by example, this Mama is raising her boys to become loving and respectful young men. This past November her eldest son Luke’s hockey team ran their own mini-jewelry drive for Gems for Gems! By collecting, cleaning, sorting and packaging over 4,000 pieces of jewelry to be given as gifts to the women living in shelters across Canada on Christmas Day, they shone a light on an area filled with darkness. Given both their age and gender their actions were particularly remarkable but with a mom like Charla we aren’t at all at surprised!

Catch Charla in action at the Gems for Gems public Zero to Hero at the Central Library Sunday May 19th from 11:30am to 3pm.  In the meantime Happy Mother’s Day to Charla and all the Mamas out there raising the next generation right! #bethechange #endthecycle #gemsforgems