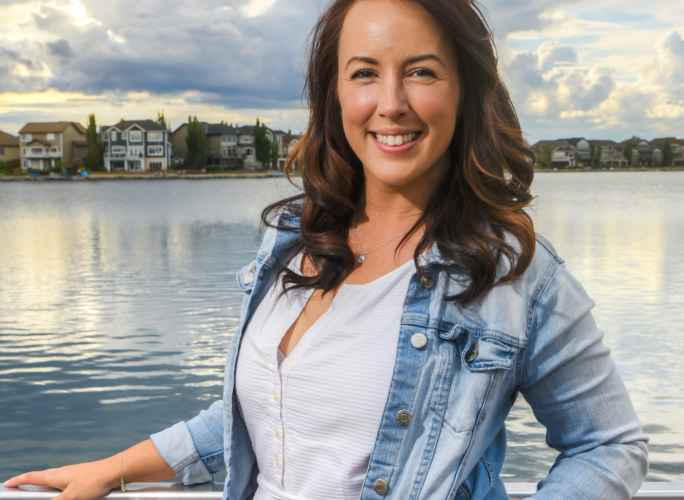 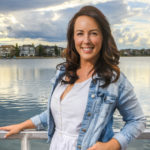 Jordan Guildford grew up in a small town called Scots Bay in Nova Scotia, Canada. Her family owned a hobby farm consisting of sheep, ducks, and horses which gave her and her two siblings a simple and peaceful existence to live out their childhood. At least, that was the plan….

Throughout the years their family suffered greatly; having food, hot water, heat and other essentials were often a luxury when they were available. However, through it all, a few lessons were drilled home regularly and with perfect clarity. These became the pillars of Jordan’s life and consequently, are also those she is guided by as Gems for Gems grows.

Humility: Matthew 6:3 “But when thou doest alms, let not thy left hand know what the right hand doeth:”. Being raised Catholic, this passage was introduced to Jordan at a very early age and has stuck with her throughout her life. The concept of doing ‘good’ for the sake of doing it, not for recognition, is something Jordan has been committed to her whole life. Gems for Gems was exactly that for its first two years of existence as it was created to do her part quietly and modestly yet with as much impact as
she could. The growth of Gems for Gems has brought more notoriety but the importance of humble giving is maintained through the collaborative efforts and execution of both the Gems for Gems Christmas Jewelry Drive and ‘Zero to Hero’ events which are both exclusively done for those within the shelters without public attendance and press thus maintaining the spirit of ‘humble giving’.

Kindness and Compassion: It is of paramount importance to Jordan that kindness and compassion be at the root of all ventures, decisions and collaborative efforts both personally and professionally.

Truth: Who are you if you can’t be trusted?

Honour and Courage: Jordan feels these two are the fuel that drives an ‘ethically aware’ organization and are frequently lost due to the pursuit of growth, greed, and desperation. However, she believes that ‘cream always rises to the top’ and remaining true, behaving with honour and making courageous decisions even in the face of difficulties is what ensures the rise to the top of whatever you work hard at.

The growth of Gems for Gems remains true to those pillars above and is rising beyond all expectations already with the constant belief and assistance from a strong community of like-minded, compassionate
people – eager and willing to be there to help Gems for Gems. If it were not supported to the extent it is, it would not have been possible to do the enormous good that’s been achieved and that the organization will continue to pursue.

Our founder is and will remain, incredibly and inexplicably grateful for this and thanks to you all from the bottom of her heart for everything.

A message from Gems for Gems Founder, Jordan Guildford

“In today’s world of social media, there is a strong focus on the pursuit of acceptance and popularity from those you will never lay eyes on let alone encounter. I believe this focus comes from the need/desire to love and be loved. That basic human need has too often become a luxury, a moving target and, sadly, a tool with which to leverage and manipulate others.

When I was a child, I was used, manipulated and abused emotionally as well as sexually. There are so many schools of thought on how to approach healing – many of which don’t seem attainable when you have little to zero resources or freedom. I focused my energy on the future. This intense focus on the beautiful future I wanted to have was because I couldn’t handle the present. It seemed there was no escape.

I made a pact with myself: each time I found myself wallowing, I would close my eyes and picture aspects of the life I wanted to have. Each time I would feel better and as time went on, I would catch myself earlier and earlier without having become fully immersed in wallowing.

The visualization became more and more detailed and I was no longer picturing something hypothetical, I was picturing my life, the life I now fully believed I was going to have. What happened was that in my effort to distract myself, I shifted my focus, altered my state of mind and therefore my base perspective as well. I was now motivated, stronger, driven and excited about the life I was now actively working to bring into existence. This is why Gems for Gems was created for survivors of domestic abuse and why the organization believes in forward movement, empowerment and the proactive pursuit of the life you want rather than the one you find yourself in.

There are so many incredible resources available to aid current victims and survivors, as well as many methods of healing. In addition to those, we believe empowerment and education can be the catalyst to ending this phase of life for those ready to move forward. It is my greatest hope that Gems for Gems can continue to change the lives and change the course of the future by giving the tools to assist in ending the cycle of domestic abuse.

The future I work for is one where each woman knows her worth. A future where men stand up and demand the best of each other regarding respect and equality for everyone. Where rape and abuse victims and survivors are believed, and their perpetrators are punished in a way that they may no longer hurt others.

I want to live in a world where each child grows up knowing they have a voice they MUST use. I want adults to live a life being a living example of the change they want to see in the world and understanding that you don’t need to dedicate your life to a cause, but you do need to stand for something. Thank you so much to everyone who has and who will join us in our way of being the change.”